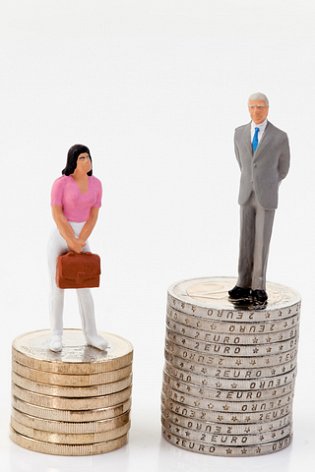 The ONS have recently announced that the gender pay gap for full-time employees of all ages in 2016 was 9.4%.

What are the reasons behind the gender pay gap?

Firstly, there is the simple fact of the proportion of women who take time out from work to start and then raise a family.

Another key factor explaining why women tend to earn less than men are the type of occupations they choose. Traditionally taking up fewer positions in science, technology, engineering and mathematics (STEM)

For more information and analysis read “The gender pay gap – what is it and what affects it? by the Office for National Statistics.

The effect of part-time workers on the overall picture

So what’s really going on with the part-time workforce?

This is why the gap for all employees – full-time and part-time together – is higher than for full-time employees. What this illustrates perfectly is the need to understand what is going on behind the headline figures.

"We need action on the pay and quality of part-time work, flexible work opportunities and affordable childcare"

So, what is the real agenda?

The real agenda is that the Government is committed to reducing the pay gap between men’s and women’s earnings. Just as with the national figure, the gender pay gap statistics for your organisation will provide a headline figure that will provide a consistent basis for benchmarking (for example, in your sector) and the starting point for you to analyse, understand and act on the underlying causes.

The causes of any pay gap will be complex but may include pay practices which are discriminatory. When you understand the root causes you will be in a position to take action. If you have not previously undertaken any form of equality or equal pay audit you may find there is much food for thought.

Is your business ready?

Doing nothing is not on the agenda. You need to start to think about the data you will need to comply with the regulations.

If you are an employer in the private or voluntary sector with more than 250 employees then you will be affected by the Government decision to bring into force section 78 of the Equality Act 2010, which will require you to disclose information regarding your employees’ pay. Whilst we are still waiting for the regulations to be published, the recent consultation with regard to public sector employers gave a clear indication of current thinking.

It is likely to require the publication within 12 months of:


And whilst it seems likely that there will not be a requirement to publish any commentary on the figures, you may wish to provide some narrative for data that you would not want to be misinterpreted if taken out of context.

It is not too late to start to examine what you already know and how you might best turn the new requirement into an opportunity to strengthen your business by ensuring that your pay and reward, in fact your whole employment offer, is free from discrimination and bias and capable of attracting, rewarding and developing the talent the business needs to succeed.

Beamans can help your businesses ahead of equal pay regulations